A long time ago (about 18 months in ADHDiY time), on a whim I ordered an EveryKey with wrist band and extra keychain.

That order set me back about $100.  It was on the premise that my passwords were getting out of hand, my password managers were becoming numerous, and my Google accounts were not allowing my passwords to move between devices (notably from Chrome to Android, specifically to Android applications). I got my order confirmation, and watched the dollars disappear from my bank account.

Months pass, still no EveryKey.  I would ask them every quarter or so, "hey, any update?".  I would ususally get a response within 2 or 3 days, saying "we're working on issues and sending out orders in blocks of 1000 or so".  I would always have to reach out to them for updates.  Never was there a "check here for a update that is not part of a canned response".

That said, I all had forgotten my order - other ADHDiY projects abound, including my Master Bedroom Master Remodel, when I got an email from EveryKey asking to confirm my order in December.

I was very surprised to see it come in about a week later in the mail.  I was unaware that the packaging already included a keychain and a bluetooth adapter.  I ordered the blue wrist holder, with the intention to have it on my person, so that it will lock my PC and phone when it, and I, become AFK. 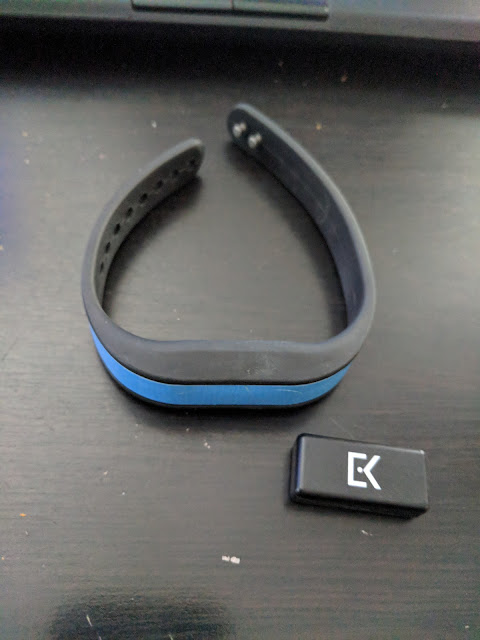 There are 3 different pieces of software that need to be downloaded to interface with the hardware key.  EK for Chrome, EK for Windows, and EK for Android.  All communication is via Bluetooth 4.1 LE (Low Energy), which means either you have to use the Bluetooth adapter on one of your USB slots, or have a fairly recent device.  Luckily on my laptop I have one to spare.

The software for Windows is only 32-bit, so there is only one version available.  Mac and Ubuntu are still pending, with no ETA as to when it will be available for release. 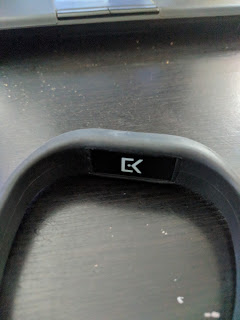 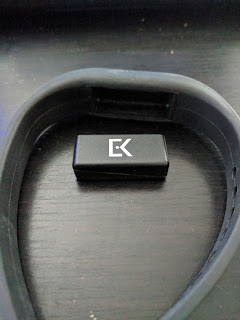 With the extension loaded on Chrome, it synced across my Chrome instances, however, the passwords that I have within my Chrome password store.  If there is one issue, I wish the app would sync my passwords. 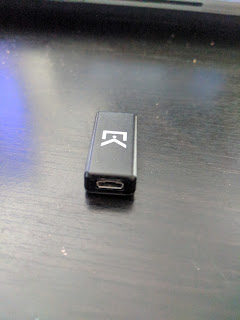 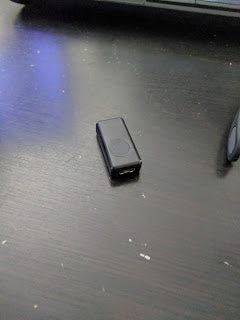 Update July 2020:
I actually shelved the product about 3 weeks after making the original post.  The laptop I was using died on me, and I had upgraded to a desktop that was running Linux.  At the time EK didn't have Linux support, and Since then, EK has made several updates to the compatibility list. While I don't have any Apple devices to test with, the updates has proven successful.  While these updates has provided additional compatibility with compute devices, the "every" part of EK doesn't yet stack up to what is available.  Automobiles are dependent on technologies when they were manufactured, doors and locks are the same.  Bluetooth 4.x is not as prevalent as needed to become the "every" key that is part of the marketing story.  While wireless locking is indeed nice, more integration with existing password storage and managers is needed.
Direct-connect password managers are plenty in the markeplace, and Yubikey has become the pseudo-standard for password managers.  It's dependent on physical touch to activate, provides a master password that is used for password storage.  The latest has the capability for One-Time-Passwords (MFA) that can be used for online banking, transaction security, and other actions that are not dependent on SMS.
<iframe style="width:120px;height:240px;" marginwidth="0" marginheight="0" scrolling="no" frameborder="0" src="//ws-na.amazon-adsystem.com/widgets/q?ServiceVersion=20070822&OneJS=1&Operation=GetAdHtml&MarketPlace=US&source=ss&ref=as_ss_li_til&ad_type=product_link&tracking_id=yourf0ee-20&language=en_US&marketplace=amazon&region=US&placement=B07HBD71HL&asins=B07HBD71HL&linkId=493adb4c69c2c8ae5a23742d9ec37770&show_border=true&link_opens_in_new_window=true"></iframe>
Posted by DIY at 1:47 PM