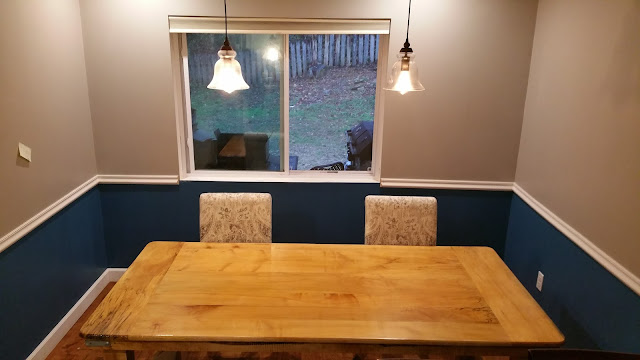 It took quite a while, as I had other, larger projects to complete over the summer prior to revisiting the table, which will be covered later.

I finally got the top completed, and was able to finalize assembly of the table.

I made every effort to make sure that the table was sound for everyday usage, with the ability to be taken apart in the event of a move. 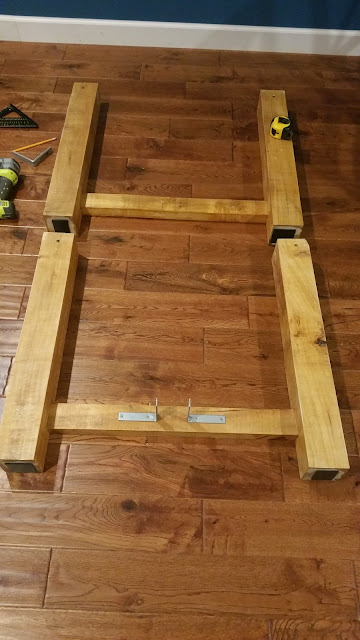 To do that I used 4" angle brackets at key mounting points at the bottom support cross member, 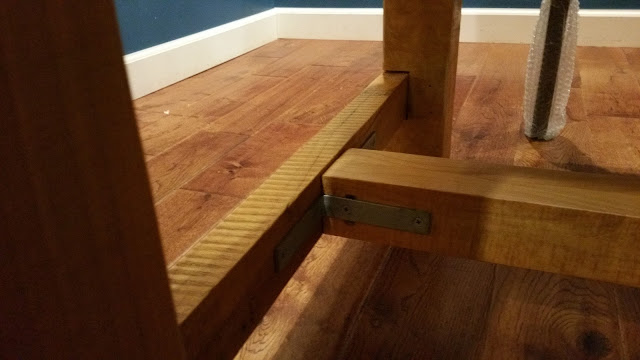 And where the legs attach to the top. 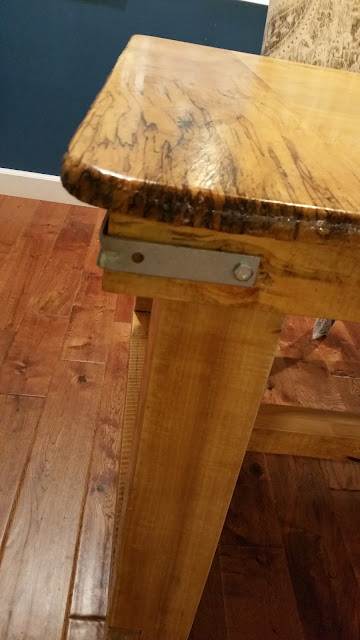 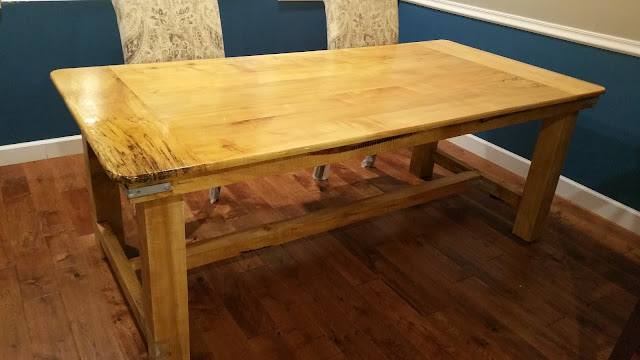 I left the machine marks from the mill on the legs and frame, with a sanding of the final coat to brighten up the edges and highlight the saw notches. 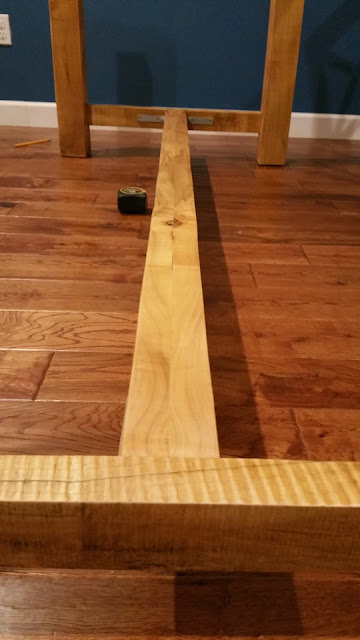 I was unable to keep the "heart" of the table symmetrical due to some planing that was needed to get the 2 boards straight. 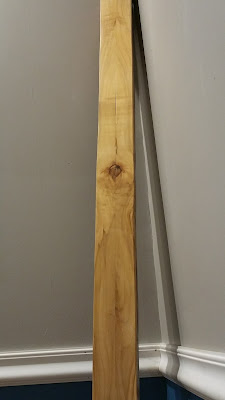 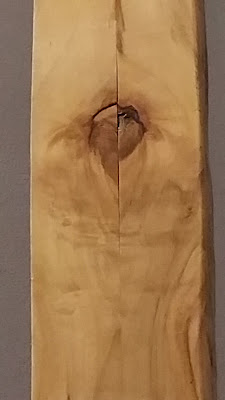 After several coats of polyurethane, and several attempts to keep insects (and other items) out of the top while curing, I decided to put the final coat on thick with what is left of the can. 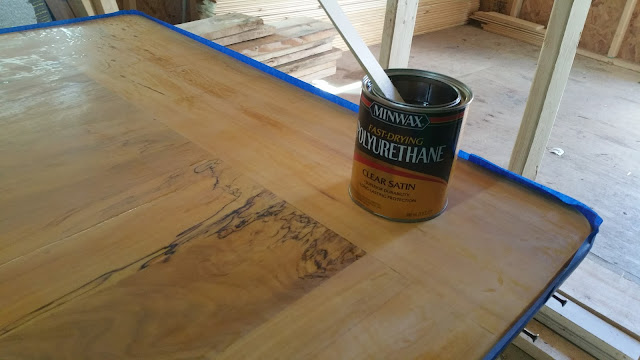 I used extra wide painters tape along the edge to hold the poly while curing, and sanded the top with 120 grit sandpaper to get a good surface for the final coat to stick to.

Make sure the area is clean of all dust prior to pouring the last coat. 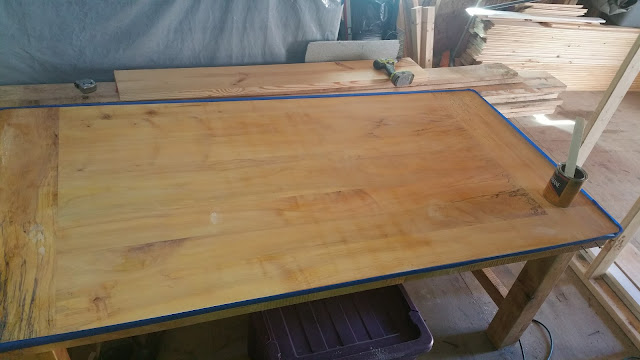 There was flaw that developed in the top, a crack in one of the boards about 8" long, and 6" from the end of the board.  It formed while the moisture in the wood was adjusting to the ambient humidity. This formed near the end of the summer, as the humidity peaked, even with multiple coats of poly. 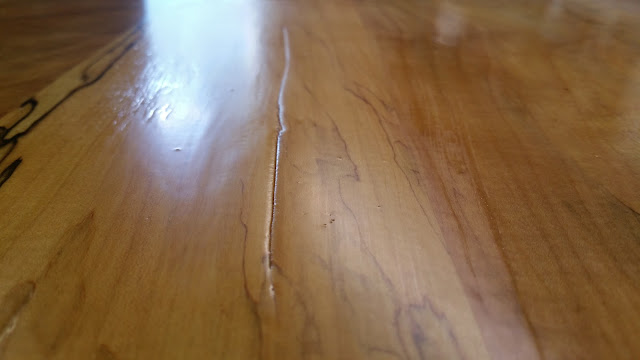 Swelling and shrinkage is very common in Appalachia, and I did my best to fill the gap with poly, however it did come through slightly.  Use of epoxy resin can fill in the gap better, but runs the risk of expanding the crack as the wood swells again in the summer.


The poly did cause some "ambering" of the wood, but I find it very nice, as the wood is naturally very light. 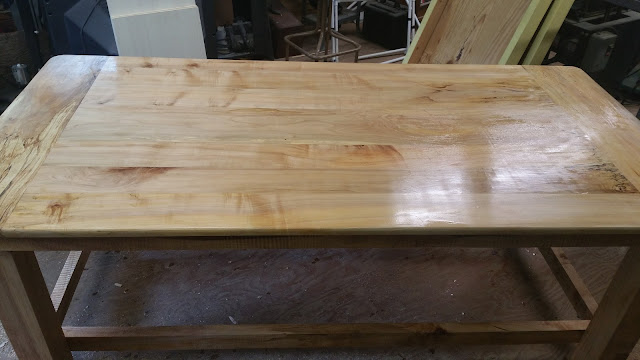 The corresponding bench will be much less "finished" as it will be sat on by the kids, and may require refinishing at a later time. 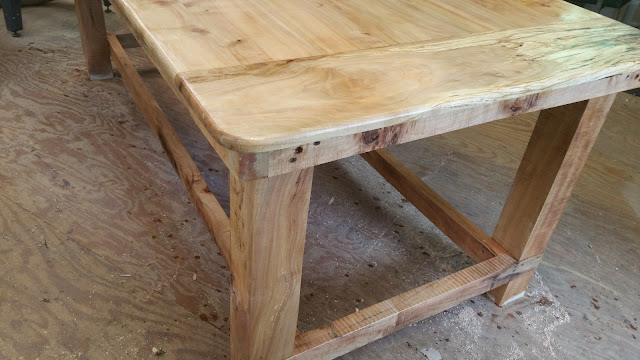