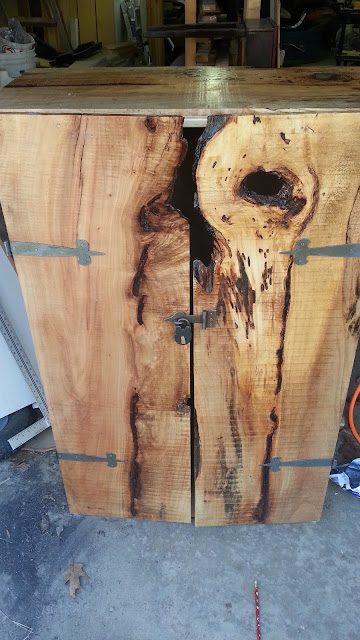 The hinges came in late from the supplier, and made an excellent contrast to the wood.  The screws that came with the hinges were too long, so I had to go for some 1/2" zinc plated screws. 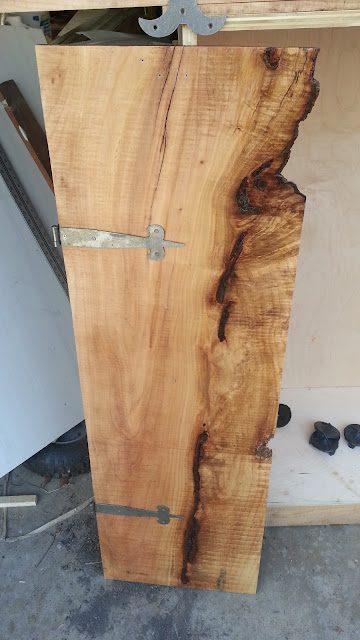 The hinges had a nice patina on it, and the screws did not, so there would have been a very stark contrast.

I made up a simple solution to accelerate the rusting of the screws with:


I placed the screws in the bath and let them sit, agitating them for a few minutes, until the metal looked more or less partially rusted.

The hinges were placed roughly 1/3 of the way from the top and bottom.  With the lock and hasp about 20" down from the top.