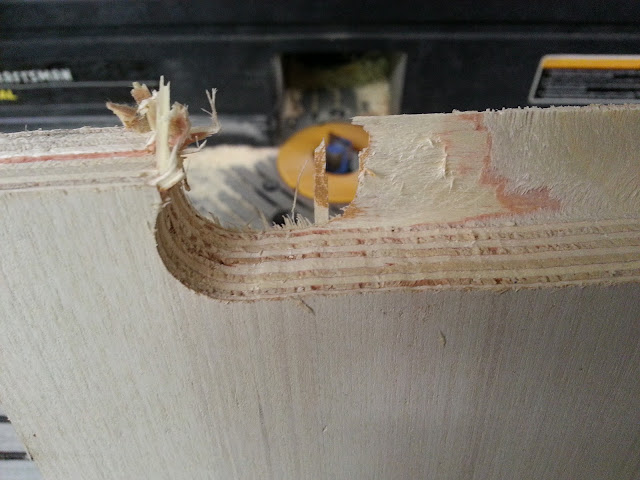 This time it was a failure of the tool.

This particular failure was during the cutting of the Liquor Cabinet.

I spent the better part of an hour attempting to change out a bit on an old(er) Craftsman routing table, and finally got the collar loosened up, and the bit replaced.

I had 2 plywood boards that I wanted to cut a rabbet as to seat the top and bottom plywood boards, strengthening the joint as well as adding some aesthetics to the overall construction of the box.

As this was a routing table that had not been used for quite some time, the linear adjustment screw was frozen, and resulted in the inability to raise or lower the height of the bit.

I used a sacrificial board to make up the difference in height, as the dado in the plywood was only to be 1/4" deep. While the first board was success: 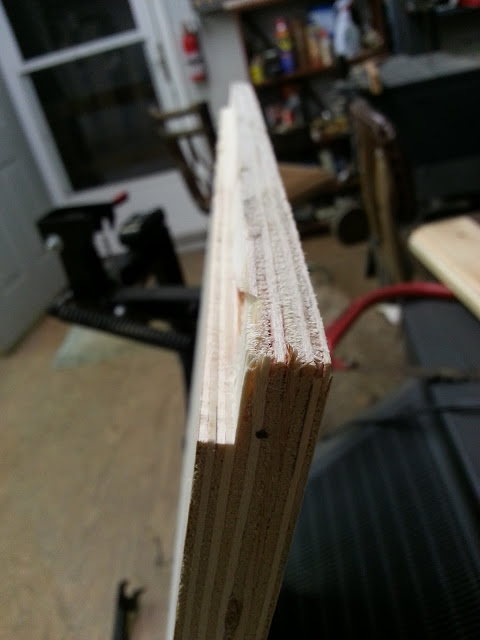 The second board was not: 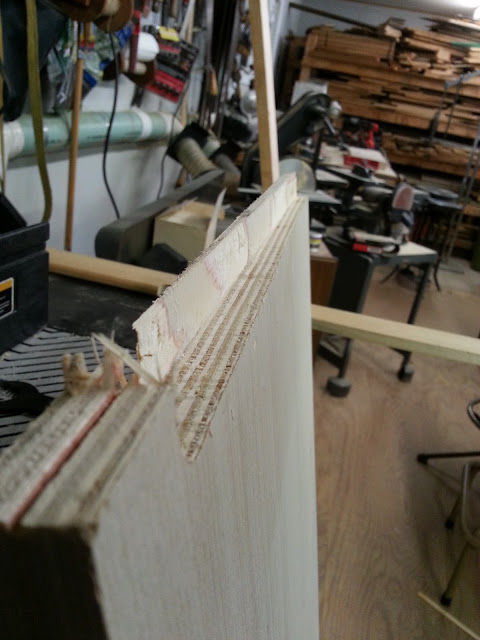 The routing bit did not securely attach to the router, and started to spool off the coupling,  This caused the bit to eventually consume the entire board.

Resetting the bit, and getting the router unfrozen and having it lower will resolve the problem in this case.
Posted by DIY at 11:06 AM