After the surround was completed. The tile was installed. We chose to use 3x5" white tubway tile, and 1/2" x 2" mosaic tile for the cubbies and as accent lines. 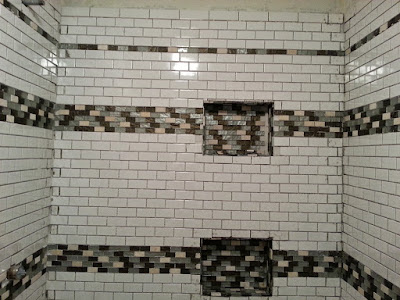 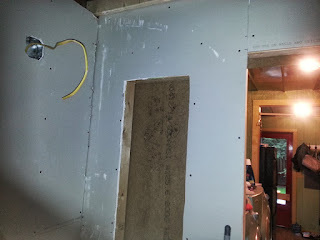 We moved the surface-mounted medicine cabinet to a recessed cabinet on the side, allowing for a regular mirror to be hung, giving us more space, and making the room appear bigger.   We also opted to remove the regular door, and later installed the Barn Door.

We also moved the switch for the light and fan to the right of the medicine cabinet, allowing for easier reach as you enter the room.

We installed fresh drywall, and spent a weekend taping, texturing, and painting the walls. 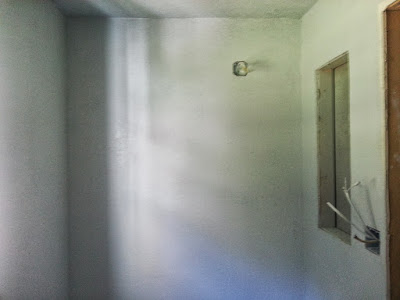 We chose the faux wood ceramic tile for the wet areas, including the mud room and laundry room, as they were in the same sight line, and hold up much better in potentially wet environments.  We also installed a new low flow toilet with soft close lid. 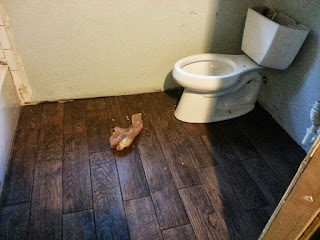 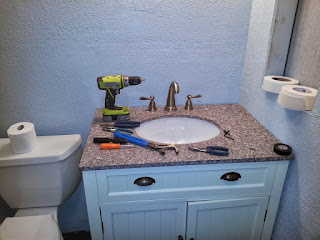 We opted for a 30" vanity, as that was the largest that would fit in the space and still give room for the toilet. 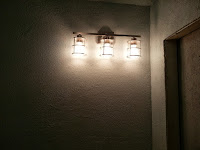 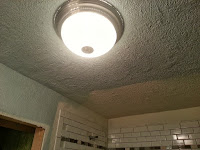 After painting, the new lights were hung.  For the ceiling light, we chose a light/fan combination that hid the fact that there was an exhaust fan included.

We used the same color grout (Tobacco Brown) in the surround as we did the flooring, bringing out the color and contrasting the tile.  It worked really well, saved some money, and brought both the floor and shower together. 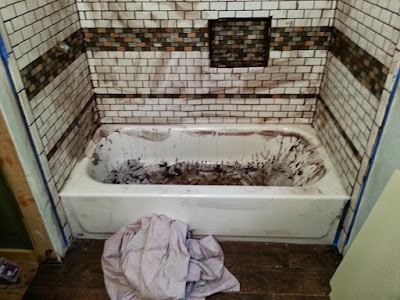 After the grout dried and washed, it was sealed with 2 coats, waiting 1 day for each coat to cure.

Trim was later added, along with the mirror.  With the final piece being the Barn Door.
Posted by DIY at 11:24 AM