We decided to replace the fiberglass surround with tile, and added storage cubes. Framing was quick, taking about 1 hour for all measurements and cuts.  Prior to installing the cement backerboard, we lined the surround with 6-mil plastic sheeting, making sure to extend the sheeting below the tub line.  This is to ensure that if any water did get behind the tile and backer board it would drain into the tub and not behind, potentially causing mold issues. 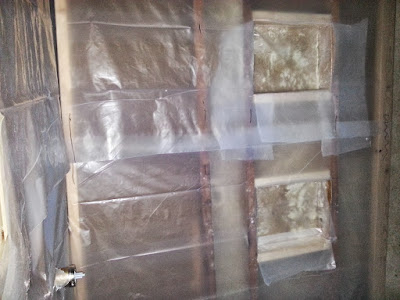 After the sheeting was installed, new plumbing had to be routed for the bathtub and shower.  We purchased new drains and a new shower/tub valve to match the brushed nickel hardware.

Installation of the drain involved removing part of the subfloor, and resulted in finding joists that were not level.  This was unexpected, and required moving plywood to level out the new tub, as the tub mounted directly to the studs. 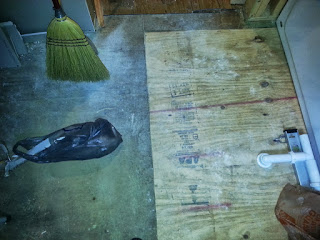 Making sure the tub was level was much easier after the floor was leveled. 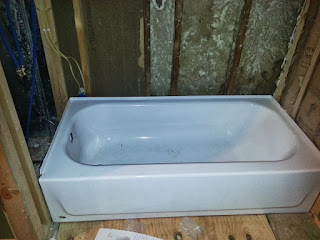 After the tub was installed, the framing for the cubbies went in, making sure that all 2x4's were properly placed to ensure the backerboard was hung correctly. 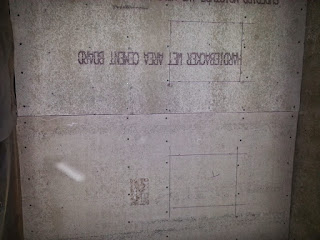 Making sure the backerboard is squared up to an old house is nearly impossible, so level and square are relative terms.  The framing for the cubbies were 15" wide, 14" high, accommodating for higher shampoo bottles.  I made sure the boxes were measured out and marked before the boards were hung. 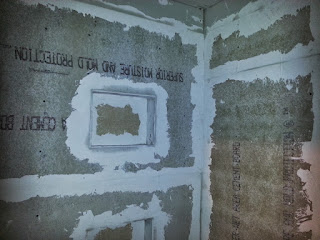 For the cubbies, I used 1/4" cement backerboard, and fiberglass tape and thinset to cover the joints. 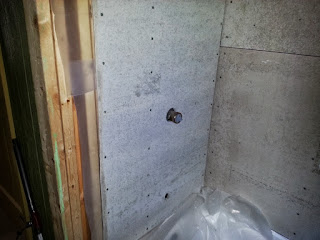 The hole for the mixing valve required a trip to the hardware store, as I didn't have a 2 1/2" bore hole saw, but worked flawlessly.