The water and insect damage to the flooring that was discovered in the kitchen extended throughout the ground floor, including the entryway and living room.  The damage was extensive enough to require the floors, subfloor, and joists to be completely removed and replaced.  The original flooring was 1.75" wide oak tongue and groove, with a 5" tongue and groove subfloor nailed in parallel. 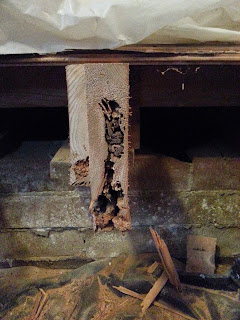 The damage to the existing joists was very extensive. 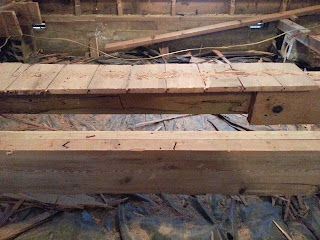 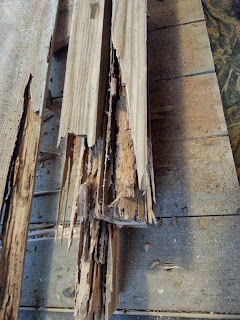 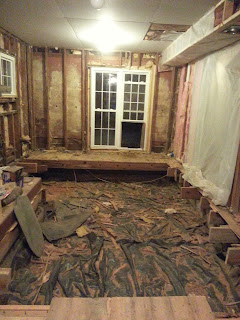 Essentially the subfloor and flooring was holding the joists together. As the flooring was removed each joist broke in half. 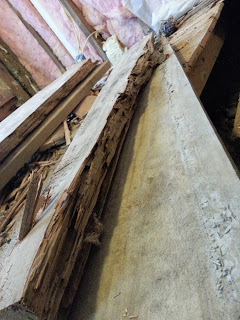 Beyond the damage to the floor joists, it extended to the sill plates and walls in the living room.  But that's for another post.


Demolition is always fun! However I had to be careful not to demolish too much.  Demo is my form of release and gives me the ability to not only get some exercise, but release frustrations in a constructive manner (more or less).
Posted by DIY at 11:49 AM