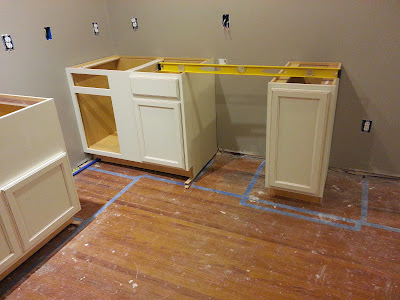 After the first of the cabinets were installed, we ran into several problems with getting them level.  Those were ultimately caused by the floor being almost like a washboard 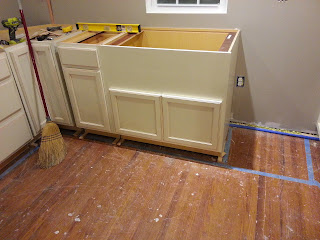 The entire "U" of the cabinets were off from each other.
Shims abounded and consumed more than expected.  The contractors spent all day hanging only 4 base cabinets. 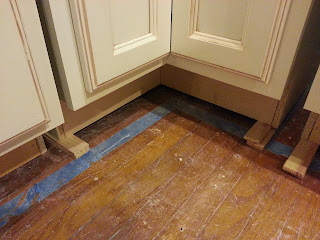 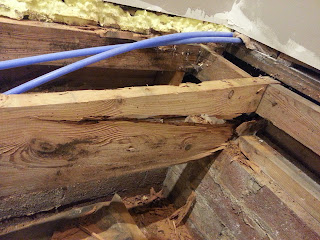 I was able to determine the root cause of the problem: the entirety of the floors were rotten from both water and insect damage. 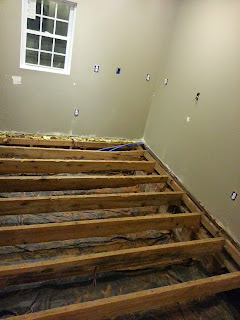 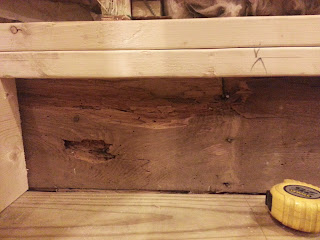 We doubled up the bottom plate to accommodate the removal of the extra materials and height of the new joists.

In order to replace the bottom plates, the second
floor had to be shored up with 2x12's. 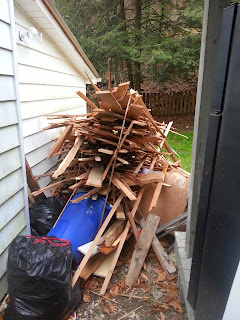 The pile of debris left from the removal of the floor and joists. 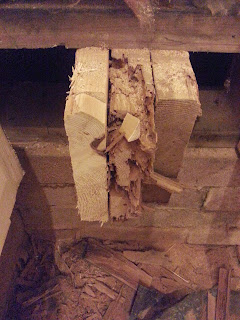 The damage was extensive, and required a full rebuild of the floors, floor joists, and subfloor.


The finished product was level, and within current code.